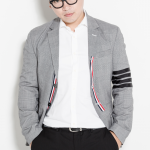 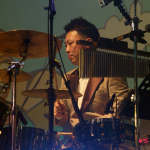 Jae Bum Cho, a.k.a. Big Hand Joe. I was born in Seoul in 1976. I joined a Latin jazz band Sabor and started my career as a percussionist. As playing conga in Sabor band, I’ve practiced and developed my playing skills on the with the band. Performing in various concerts and clubs, I’ve gained acquaintance with Jay Kim, who had asked me to join his band. In 2004, we formed a funk and soul band ‘Common Ground’. Our first album was released in 2004, “Play.ers”. Common Ground’s music by genre is mainly based on soul, funk, jazz and disco music.SNL Korea house band. I’m also working with various house band in Korea tv shows and perform with well know Korean Pop singers.