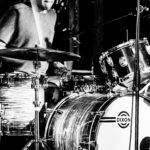 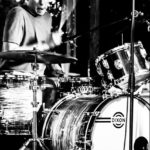 Dominic was born and raised in Saint Louis, Missouri. He was surrounded by music at a very early age and started playing drums at the age of seven. He enjoyed attending concerts and found himself playing with several local bands around town.

By the age of eleven, he started his own band and they were playing venues and festivals throughout the St. Louis area. He is currently attending the University of Southern California as a Popular Music Performance major, studying under the legendary Will Kennedy, drummer for the two time Grammy award winning band, The Yellowjackets.

Dominic has been part of the Dixon family for more than a year, and prior to that started as a part-time intern for the company. He is extremely honored to be apart of the Dixon Signature Players and loves to show off his Blaze Ocean Blue Burst kit, as well as the Little Roomer.