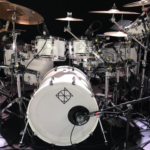 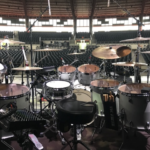 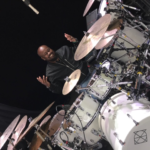 Jerohn Garnett was born and raised in Los Angeles, California. His passion for music was discovered through his intense love for the drums at the age of 3 years old. Like many gifted musicians, Jerohn started cultivating his gift to play music in church. That was his “school of music.” Additionally, high school and some years in college has given Jerohn noteworthy expertise in music composition and theory.

Although he is well versed in various expressions of music like Jazz, Fusion, Rock, Latin, and other genres, Jerohn’s foundation is Urban/Gospel. He is also an accomplished bassist, as well as a gifted producer and songwriter, having released a Gospel album in 2007 entitled “Be Exalted”.

Jerohn’s professional career as a drummer began at the age of 15 years old, playing behind the gospel legend Twinkie Clark. From there he has traveled around the nation playing for Gospel’s finest such as: Donnie McClurkin, Yolanda Adams, Marvin Sapp, and Cece Winans, just to name a few. At the age of 19 years old, Jerohn was given the opportunity to tour with the world-­‐renowned female R&B group EnVogue and from there, he has toured and recorded with Mariah Carey, Gerald Albright, Macy Gray, Jeff Lorber (just to name a few) and is currently touring with the legendary Chaka Khan. In addition to being a touring and recording musician, Jerohn is a teacher and clinician. For the past 4 years Jerohn has traveled to Southeast Asia, where he teaches the art of urban/gospel drummer in music schools across China. He is also widely known for his YouTube teaching videos entitled “Building Blocks to Gospel Chops”, where he demystifies the wonder and awe that is often associated with urban/gospel drumming. His tutorials can also be viewed on his website, JWLESSONS.COM.

Jerohn attributes his initial musical inspiration to the urban/gospel greats. Drummers like Joel Smith, Michael Nueble, Dana Davis, Jeff Lo Davis, Jamie Gamble, Mario “skeeter” Winans, and Gerald Heyward all motivated him to perfect his craft, and create his unique sound. As he began to expand beyond the walls of gospel music, Jerohn was exposed to the Jazz and Fusion giants of the world. Drummers like Dave Weckle, Tony Williams, Steve Gadd, Denis Chambers, and Vinnie Colaiuta also made an indelible impression that encouraged Jerohn to embrace creativity and not be afraid to “play outside the box”. Along with a host of other musical masterminds out there, Jerohn continues to evolve by everything he hears.

-­MTV Save The Music (Mariah Carey)