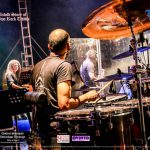 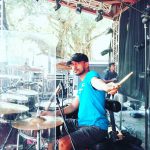 Taraka is well recognized for his signature blend of contemporary and orthodox style of playing. And he has been an Endorser of Dixon Drums since 2016. He has performed at leading festivals and tours in Malaysia, Australia, India, Dubai and New Zealand.

He recorded drums on Stigmata’s globally acclaimed albums ‘Psalms of Conscious Martyrdom’ (2010) and the recently released ‘The Ascetic Paradox'(2015) while he composed and recorded drums on Tantrum’s ‘Rebellion’ (2012) album as well.

This connoisseur of rhythm and percussion is one of the paramount contributors of ‘Sri Lankan Progressive Music’, is a monster performer live, continues to evolve while encompassing technique, musical dexterity and masterful precision into his unique aesthetic making him one of Asia’s finest musicians.