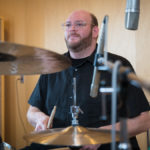 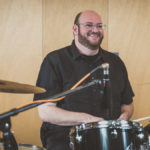 Drummer Adam Alesi is in high demand for session and live work in and around Los Angeles. As a student of drum legend Gregg Bissonette, Adam learned how to connect with music and musicians on a personal and emotional level. Like his mentor, he has made taste, hard work and versatility his hallmarks.

Adam has worked on countless major recording projects including AMC’s Mad Men, the 2019 and 2020 Golden Globe Awards, the SAG Awards, and for the Disneyland Resort. Another decade-plus tenure Adam maintains is with the all-pro band that supports Burbank High School’s show choir,In Sync. The group is nationally competitive, perennially award-winning, and served as the model for the hit Fox series Glee.

Adam’s other credits for film and TV include the IMAX original film Pandas with composer Mark Mothersbaugh, and a national Samsung ad campaign featuring Rihanna. He has performed regularly with numerous big band legends including Grammy Award winner Gordon Goodwin and Tonight Show composer/arranger Mike Barone. Over his 20-year career, Adam has also performed with legendary artists across many genres including Rod Stewart, Aretha Franklin, Richard Carpenter, and David Benoit. His reading skills and stylistic versatility have made him a go-to for theatre production companies such as 3-D Theatricals, Musical Theatre West, La Mirada Center for the Performing Arts, and the Disneyland Resort with whom he has performed dozens of musicals andlive shows.

Adam lives in Orange County, California with his wife and daughter.