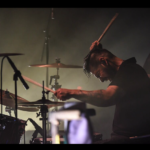 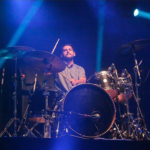 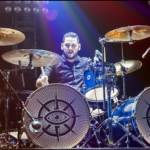 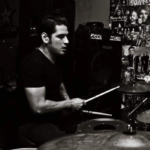 Born in Mexicali, Baja California, Mexico. Johanan lam began to play drums at the age of 13 years old in a christian church. when he turned 15 he started to listen to punk music an he started his first punk band at the age of 16 years old , he played at the beginning in house parties and local venues. at his young age he was listening to a lot of jazz and gospel music so when lam’s was playing with the punk band he tried to mix both styles of very complex rhythm’s and techniques of gospel drumming and fast punk music . that was a real opener of his mind and gave him a whole lot of ideas and a whole different perspective of composition.

He is currently playing with his band INSITE and they been around for some time now, touring in the states, all of Mexico and south America. when lam’s is not touring he does some sessions as a free lance musician, recording drums for other bands and play in other projects and collaborate with another musicians and friends.

Lam’s style is rich in a lot of precision and accuracy in his drumming , with his actual band INSITE , he use double kick pedal with touches of metal and snare and hi hat beats goes from alternative to very complex rhythm’s , with a lot of years of drumming his technic became more solid and precise, he is one of those drummers you have to have on your radar.