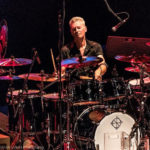 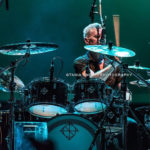 Kerry Jacobson, born 19 April 1954 in Wellington, New Zealand… began playing drums at the tender age of 9 and played professionally in his father’s jazz band when he turned 13. He moved to Australia in 1976 to join a then unknown band called Dragon, who a year later achieved massive success on the Australian charts. He stayed with them until 1984.

During the ‘80s Kerry also became a session drummer in Sydney recording albums with such artists as Richard Clapton, The Kevin Borich Express, Marc Hunter and many more.

He moved to Brisbane in 1990 to study jazz at the Queensland Conservatorium of Music, after which he toured Europe with long time associate Ian Moss.
In 2007 Dragon were inducted into the Aria Hall of Fame where the band performed for the first time in 25 years. This sparked a reunion gig in 2008 which “sold out” the Sydney Entertainment Centre.