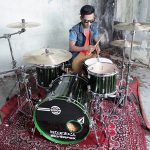 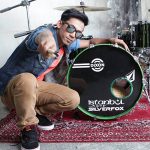 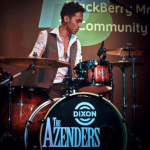 Made a name for himself playing drums for the wacky/crazy ska punk band called &quot;Plague of Happiness&quot; before leaving for the greener pasture.

During this time he’d listen to The Cure, The Police and Depeche Mode. He attended University of Utara, Malaysia. He also attended Schuman Music School for drum lesson in Johor Bahru.

Kudut started teaching private lessons while drumming in a variety of bands that played everything and everywhere, from a town show to weddings.

His resume includes Drumming/Toured/Recorded/Session/Jammin with:

After 11 years of being the drummer with Plague of Happiness, in mid 2008, Kudut announced that he’s leaving the band because he wanted to concentrate on his other career.

In mid 2010/11, Kudut joined and became a member of &quot;The Azenders.&quot; He joined The Azenders in 2010 with band members Sam (Bunkface) and Izal (One Buck Short), who co-founded the band.

His first TV commercial ads is McDonalds &quot;Love your Favorite. Love the Twist&quot; in 2010.