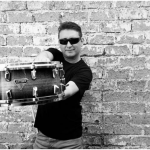 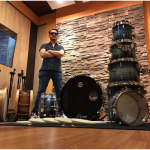 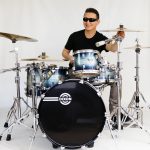 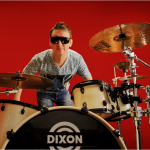 Omar Muralles Avila (Kimba) (date of birth November 19th, 1978) based in Guatemala city, started playing drums at the age of 14, in different music schools, as Poliritmos, and particularly lessons with different music professors. His music specialty goes from Rock and fusion as Funk and Latin and different genres. Creating an own style and unique performing.
As a music career, not only as a drummer, he founded a music academy in 2007 to date. Working with kids and people from different ages, motivating to create new and diverse artist. He also has worked in different musical projects as, Wolf, Post, Redka, Trypod, Mother Shuffle, Reyes Vagos, actually working on a solo project.
Recently in October of 2017, his current band received 2 Estela awards as best song and artist of the year, awarded by a local organization.