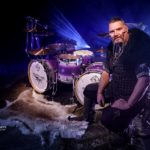 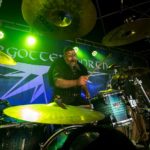 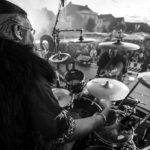 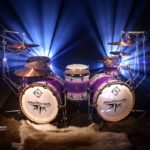 My name is Peter Schäfer alias Petter Thoresson and I am the drummer at Forgotten North. I’ve been playing the drums since 1985. I already played in various bands and also participated in many studio projects. Since 2014 I play in the Viking Folk Rock Band Forgotten North.

I began drumming at only 10 years old for my fathers band by the name of “Top Zwei Compo.” I bought my first drum kit for about 50 marks in 1986. It was a Sonor from the fifties with Teardrop Hardware in the color “Red Gold Pearl sparkle.” In the same year, I founded my very first band named “Young Blood” which was heavily inspired by the great artist Bon Jovi.

With this band I played concerts across the region for about 2 years. From 1988-2012 I’ve been in different bands and various studio projects. I have been playing Dixon Artisan since 2012. For club gigs I had a “Matrix Red“ and for the outdoor festivals I used a “Stardust Blue“ doubleburst set. The “Stardust Blue” has participated in various festivals and shows from 2014 to 2020 together with my band Forgotten North.

Regardless if the concerts were in extreme heat or heavy rain, the drums always went along and worked perfectly. It was exactly for this reason that, I of course, decided to go for a Dixon Artisan costume made drum set again. Now my new Dixon work of art will conquer the festivals in Germany together with my viking rock band Forgotten North.