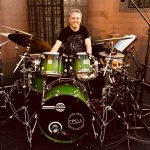 Between 2006-2007, Ünal completed his Master’s thesis on ‘’Analysis of usage of 5 and 10 timed Rhythms in the Southeastern Anatolian Region’’ and has since continued his academic career as an instructor to various private education institutions. Amongst the private education institutions that he has worked with are Robert College, ENKA, Ulus Private Jewish Schools and Hisar Schools.

Furthermore, with the establishment of the Utku Ünal Music Workshop, he and his experienced team have continued to develop a new generation of talent, assisting not only the young and the inexperienced but the older and even professional aspirant to develop themselves in the piano, guitar, drums, violin, viola, percussion and vocal areas. Students studying at the workshop have the chance to participate in many local and internationally recognised programs that proffer the opportunity to study at a higher-level both domestically and at recognised institutions around Europe and the US. Since 2015 this workshop has created intense interest.

Beyond continuing to develop the Workshop, Utku Ünal has continued to work with leading figures in the Turkish and International music industry. He has notably worked with Barış Manço, Mogollar, Sertab Erener, Edip Akbayram, Haluk Levent, Jozi Levi, Kevin Moore from Dream Theater, Gheorghe Zamfiri Bill Bruford, Billy Cobham on album development as well as playing at their concerts. With over 50 albums to his credit, Utku Ünal has played almost everywhere in Turkey.

At the current time, his musical life continues in support of the outstanding Turkish female vocalist, Nilüfer.

Utku Ünal is married to Gülin Terek Ünal and is the proud father of a daughter.