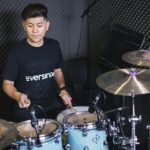 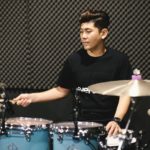 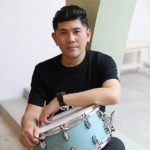 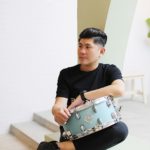 Vincent is a live musician and drum instructor based in Malaysia. His story with drums started way back when he was just a toddler, grooving with the beats as he was hitting and knocking objects around the house seemed to be his favorite past time. When he was in his primary school, his teacher discovered his talent and invited him to join the school band. From then Vincent started his 3 years music journey playing as a percussionist in school. As he started middle school, Vincent stopped drumming and chose to focus on his studies.

The years drifted away from drumming has made Vincent realized his passion for it still remains. After stepping into society for years, Vincent once again picked up his drum sticks and attended his first proper drum lesson in 2004.

After a few years of enthusiastic learning, Vincent excelled in his exams and being certified by (LCM) London College of Music, Yamaha and Rock School. He then started his teaching journey from 2008 until now. Meanwhile he is also performing live in various club, Bars and special events. Vincent started his own drum school “Dreamroom” in 2017. If you were to say a fisherman can’t live without his boat, then the boat is like what drum meant for Vincent.

Ever since Vincent started drumming, like many others, he has tried on many different drums. Vincent finds Dixon drum ease at tuning and it fits his personal preference in terms of tone projection. Besides, Dixon’s hardwares are designed to be user friendly which make setting up a breeze for him every single time.